Do Re Mi or Sa Pa Sa, we start to revel in music even before we begin to understand our world. Music, is primal. It starts in the womb and trails us to the tomb. But did you know stones can sing too? In the hands of a deft craftsman, yes, they can. Here’s more...

“SVARAM based in Auroville designs and produces a large variety of musical instruments, artistic sound installations and facilitates educational programs.

The oldest stories of mankind are painted and written on stone, be it the prehistoric rock-art of indigenous people in Australia, Africa and the Americas or the numerous engravings on ancient tablets of Egypt and Mesopotamia.

One of the earliest texts on music carved in stone has been discovered in Tamil Nadu, South India. It is here, that we can still find in some temples great pillars which give off musical notes when struck, in worship and celebration of the wonder of creation. Many legends speak of “singing stones” as a symbol of the power of transformation.

Some stones can produce as melodious a note as musical instrument would and probably realising this, the shilpis of the ancient temples in Tamil Nadu ensured these stones were showcased in the shrines as musical pillars.

The ancient Sri Sthanumalayan temple in Suchindram in Kanyakumari district, the Meenakshi Sundareshwarar temple in Madurai, theAiravateshwara temple of Darasuram, Adhinathar temple at Alwartirunagari besides Nellaiappar Temple in Tirunelveli are among the temples in Tamil Nadu that have fascinating musical stones which produce sapta swaras when tapped.

Svaram, in the recent years has explored further and now, extends into sound installations for interiors, landscaped spaces, public areas, parks, schools and other educational institutions.

The Artwork spans over two bays of each 7,80 meters width, a depth of 76 cm and a vertical length from 0.60 to 3 meters. It is made of 396 tubular bells with a total weight 800 kg, made in anodized, selected aluminum, and tuned at the SVARAM Research Station to the exact pitch of each pipe. The theme and focus of the work has been to depict the element of Akasham (Ether) through a specific sound environment. Pure harmonic tuning based on shrutis of classical Indian music. 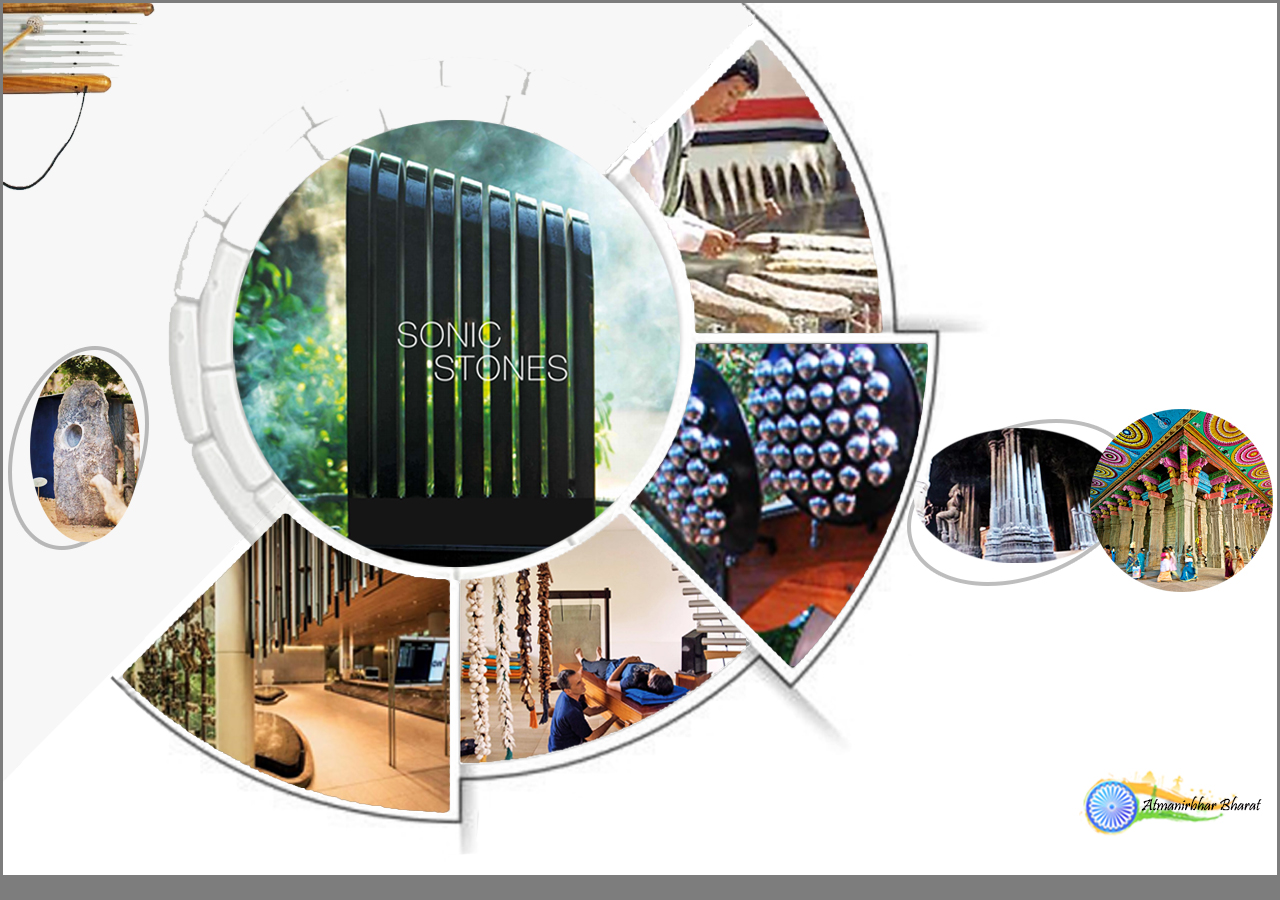