In the ancient Chinese site of Xi’an, the first Emperor of China, Qin Shi Huang, was buried with an entire Terracotta Army to protect him in his afterlife. This was in 210 - 209 BCE. An archaeological count of 1974, when the site was excavated estimates life size figurines of nearly 8000 soldiers, 520 chariot horses and 150 cavalry horses. The ruins indicate that these were created part by part, limb by limb and assembled.

Pan down now, to the South of India, Tamilnadu - here, exquisite terracotta pottery, urns and tall sculpture dates back 3800 years. Here, the large clay horses were associated with the village warrior deity, and so, we mould in one piece with all the details and fired in large kilns along with other pots and urns to utilise kiln space. Such was the artistry and practical thinking of these craftsmen who were hereditary potters and priests.

These horses can be 9' to 15' high and probably the largest hollow clay images to be built anywhere.The horses are gifts to the god Aiyanar, a sort of village protector, to be used by him and his men as they ride through the village by night protecting it from fire, thieves , draught and illness. These are usually displayed outdoors near the outskirts of the village. Rice hulls and straw are mixed with the clay to control shrinking and the cracking that would result from wind and weather. Rice straw ropes and wood columns and platforms are used to hold the clay in place and shape the figures. A guardian (or groom) of Aiyanar's horse is molded on the neck. Four or five men would work 14 days to complete a horse in this traditional process.

Although annual rains soak the porous clay there is no freezing weather in Tamil Nadu to cause damage. These horses last for generations. Locals claim some are more than a 100 years old. Now, most modern day horses are built of cement.

Terracotta artforms and religious significance dates back to ancient times. Bankura is no different.Take a trip to Kolkata, and look around for these regions of red clay.

Panchmura, Rajagram, Sonamukhi and Hamirpur in Bankura district of West Bengal are the four prominent villages where terracotta horses are made. Each village has its own distinct style. Panchmura is the most famous one for beautiful Bankurar Ghora.

It takes anywhere between a month or two to prepare these horses, season permitting. Kiln fire and harsh sun do their part. If the kiln is not open, the horses are black in color. The smoke makes a way out of the kiln, the horses turn our red, the color of the earth. Chalk white Khadigar, Bhalogad is yellow ochre hue and brown banak are the three types of rare pigments used to shape the horses (and other terracotta figurines) alongside water, dried paddy plants and sand. A number of horses are handmade but potters wheel is used widely. The artist community is known as Khumbhokars. 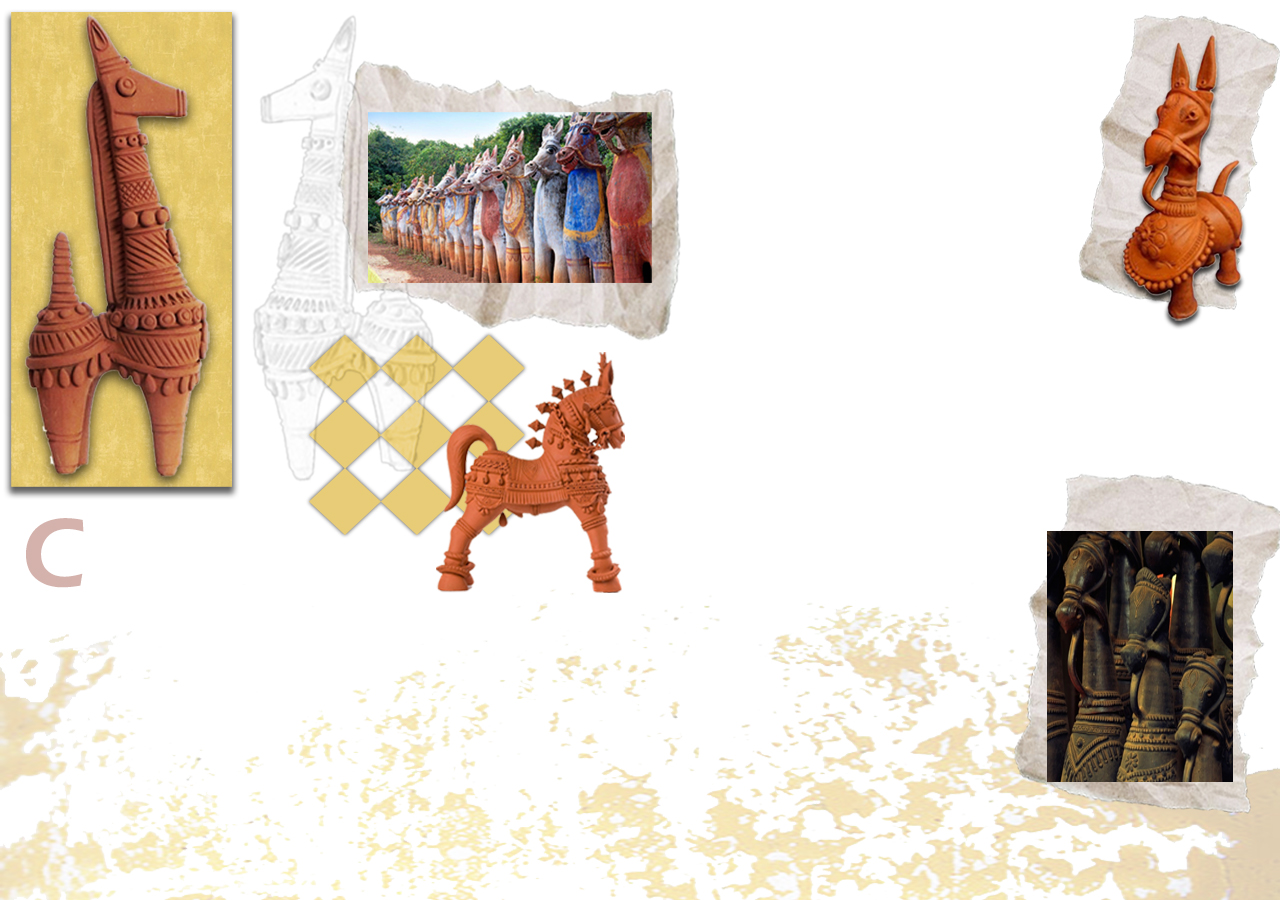